We are always with you for a enjoyable, reliable and comfortable journey.

Citizens of the following 5 countries can enter Ukraine without a visa for an indefinite stay.

1 - must hold proof of sufficient funds on arrival.

Holders of passports of the following 60 jurisdictions can enter Ukraine without a visa for a stay up to 90 days within any 180 day period, except where otherwise noted.

Visa waiver agreements were signed with Antigua and Barbuda for 90 days within any 180 day period on 5 February 2018 and Qatar on 20 March 2018 and are yet to be ratified.

For visa on arrival, visitors will need to provide one of the following documents: invitation or documents confirming tourist character of a trip or document confirming implementation of investments.

Additionally, only holders of diplomatic or official/service passports of Cambodia, China, Cuba, Dominican Republic, Egypt, Iran, Kuwait, Laos, Morocco, Peru, Qatar, Singapore, Thailand, Turkmenistan, Uruguay, Venezuela and Vietnam and only diplomatic passports of India and Mexico do not require a visa for Ukraine.

Visa-free agreement for diplomatic and service passport signed with

Indonesia but not ratified yet.

Ukraine plan to introduce electronic visas for 45 countries in 2018. Visas will be valid for 30 days and will cost 65 US dollars. Nationalities eligible for electronic visas are planned to be similar to those eligible for visas on arrival, including Bhutan, Bolivia, Cambodia, Dominican Republic, Fiji, Haiti, Jamaica, Laos, Maldives, Myanmar, Nepal, Saint Lucia, Thailand and excluding China and India.

Parts of Donetsk and Luhansk regions are under de facto control of pro-Russian paramilitary forces, the self-proclaimed Donetsk People's Republic and Luhansk People's Republic. These parts of country are declared Anti-Terrorist Operation Zone. In November 2014, the Government of Ukraine imposed passport control on all persons entering or leaving this territory. Ukrainian citizens have to show their passports while foreigners also have to explain the purpose of their visit. Arrival through checkpoints on uncontrolled part of Russia–Ukraine border are against law, visitors will not be able to proceed further into Ukraine.

Ukrainian citizens can enter most of the countries whose citizens are granted visa-free access to Ukraine without a visa but they require a visa for Canada, Ireland, Japan, South Korea, United Kingdom and the United States.

I Want To Be A Guide 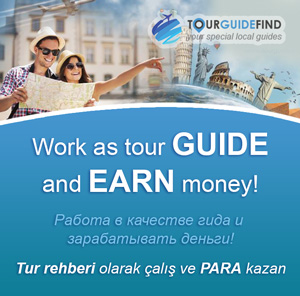